Back in 2011, someone representing a whole lot of America walked into the doors of the Colt Manufacturing Company holding America’s rifle. On that day, America was represented by a man named Dave Wilcox. But he wasn’t carrying a Colt.

Wilcox was holding an AR15 set up for 3-Gun competition, a rifle he knew would shoot all day without any malfunctions, and still shoot MOA at the end of that day — something no M4 I was issued would do.

Wilcox explained to Colt’s corporate leadership that this unique configuration was was missing from their lineup. He pointed out that the AR was a firearm that Colt made famous, and yet, they didn’t produce one widely used by top competitors.

The leadership at Colt said they couldn’t do it, but maybe he could. So they let Wilcox license the Colt name. A few years later, Colt Competition, based in little Brackenridge, Texas, was running multiple shifts, trying hard to keep up with demand, as they churned out thousands of rifles a year. It wasn’t long after Wicox met with Colt that I first met him. At that time I was in charge of Economic Development for the State of Texas. One of my jobs, by law: recruit firearms manufacturing companies to the state. (And yes, it’s actually the law that the Texas Department of Economic Development must seek to attract and incentivize firearms manufacturers. I do so love The Lone Star State.)

My office worked with communities around Texas to attract Bold Ideas, an Oregon company, to relocate and start making rifles here under the Colt Competition name. Brackenridge, a little North Texas town of about 6,000 people, won the contest. The company has been churning out rifles ever since.

At one point, they had 24 different models. They’ve since refined their lineup, focusing on quality and making only a few models. Now, it’s the AR15 in 16″ or 18″ barrels, an East Coast compliant model (they make no California models) and the soon-to-be-release AR10-framed model.

Other manufacturers that assemble AR rifles have tried to make it look they machine every part. Dave showed me what they did there, and what they’re smart enough to pay someone else to make for them, parts like their bolts.

I was surprised to find out that Colt Competition is making their own hand-guards. I know first hand that there’s an art to making a high quality hand guard at a price that people can afford, and most shops that make their own receivers have someone else cut their hand guards.

Colt Competition makes one hand guard for all of their AR15 pattern guns. It’s a floated aluminum 15″ M-LOK hand guard with an extended barrel nut and a full length Picatinny top rail. As for furniture, the CRP-18 includes a buttstock and hand grip from Hogue, and the Magpul enlarged trigger guard. I know the Hogue grip is popular, but it’s not my choice. I like to get as high as I can on the pistol grip, and the finger groves always get in the way of that.

The good news: it’s an AR. Loosening one bolt replaces that with ease. The charging handle has an extended latch so that you can operate quickly it with a low mounted scope attached. That’s one add-on I do to all of my ARs, scoped or not. Being able to rack the rifle quickly, one-handed, without close attention to hand placement, is worth the minimal extra cost. The receivers themselves are forged from 7075-T6 and cut to mil-spec for all the critical dimensions, to include the mil-spec (1.148″) six-position buffer tube on the lower. Every bolt carrier is 8620 chromium-molybdenum-nickel, surface-hardened (“cased”) and finished with black oxide. Every bolt is Carpenter 158 steel, through-hardened, and black oxide finished. Their bolts are High-Pressure Tested and Magnetic Particle Inspected by an independent agency.

All that’s good stuff is what you should expect from any “professional” grade rifle. The barrel and trigger are big steps up. The trigger is a single stage CMC match trigger set at 3.5 lbs. secured with two pins. I have this trigger on a hunting rifle; it’s proven completely reliable.

The rifle’s barrel is HBAR mid-weight contoured 416R stainless steel, all 18 inches of it, air-gaged to match-grade bore dimensions. The barrel — for some reason that escapes me as no one will ever see it — is hand polished. It has some minor cosmetic fluting near the muzzle, topped off with a muzzle brake threaded to 1/2″-28TPI. The brake works fine, but I yanked it off (hair dryer or heat gun required) and threw on a silencer as soon as I could.

Why did I do that? Because 24-position adjustable tool-less gas block. If there was anything that truly set this rifle apart from most of its competitors’, that’s it. The CRP-18 comes with Colt Competitions’ patented adjustable gas block. It works as advertised and it’s incredibly easy to use.

Poking just out the top of the hand guard is a small knurled knob. Pulling it out and turning it allows you to adjust the gas on this direct impingement gun from full open to full closed with a turn of your fingers. That’s great for shot follow-up, but it really shines if you run your guns suppressed.

I get tired of over-gassing everything and having gun oil thrown back into my face. If you are shooting through NVG’s the cloud of gas after you fire can totally obscure your target, making follow-up shots at night a whole lot slower. Tuning that gas port can make all the difference in the world.

Every rifle I’ve carried on a deployment was a Colt. For both of my tours in Afghanistan, my primary weapon was a Colt M4. Although extremely reliable, it wasn’t particularly accurate. Even with a 4X optic, 2MOA was as good as I could ever hope for. And I had a good one.

That’s wasn’t due to wear and tear; that was actually considered good enough by DoD standards. Literally every AR I’ve owned as a civilian, and even some of my Mosin Nagants, will outshoot that.

Fortunately, Colt Competition has raised the bar. They guarantee every one of their rifles will shoot groups under one MOA, off a bag with a real live person shooting commercial ammo. In additional to the CRP-18 model for this review, I also shot their upcoming 6.5 Creedmoor AR10. Both guns shot well under a MOA, with minimal effort, off of bags.

In fact, using Colt’s 6.5 Creedmoor and Hornady commercial ammunition, I put 20 rounds in a three-inch circle in 20 seconds. Minimal muzzle rise, great ergonomics and my eyes never left the target. That’s a heck of gun, and I can’t wait to review it fully this spring when it hits the market. Heading to the range with the Colt CRP-18, I brought 500 rounds of 55gr FMJs, 64gr JSPs, 68gr BTHP and 77gr OTM. Starting with the lightest round first, I started with the gas port barely open. It cycled the round but didn’t lock the magazine back on an empty chamber. I dialed it open until it just barely locked back after the last round left the barrel.

The results were spectacular. Not only did the muzzle barely rise during fire, the amount of gas heading back at me was dramatically reduced. I did this for every one of the round weights. Tuning that gas port, made follow-up shots purr, and didn’t coat my glasses with oil.

It took Colt Competition two-and-a-half years to get the patent on their system. It was worth the wait. After a little tuning, I was able to dial-in the softest shooting, least blowback settings for every weight class. It dramatically improved my shooting experience.

Most of my ARs are piston driven guns, but I’ll be converting those that aren’t to this system. Colt Competition sells their adjustable gas block alone for $161.99. It should fit any AR with a barrel diameter of .740-.0750 and a float-tube hand guard.

I lubed the gun with Rogue American Apparels’ Gun Oil prior to shooting, and didn’t touch it again for the entire test. After the initial “official” 500 rounds, a couple of buddies burned through another 500 rounds of M193 and M855 without a hiccup. Colt Competition sold some guns that day. After a day of rest, I reinstalled the muzzle brake, put on my ear pro and went back to the range with some bags and paper for accuracy testing. I should note that accuracy testing on a bore with over 1,000 rounds through it really isn’t fair. Still, the CRP-18 it shot an average of .5 inch with the Black Hills 77grOTM, and nothing over 3/4″ with any of the other rounds tested. The worst performer was the 64gr Winchester Super X Soft Point, at .75″. Those were all five-shot groups at 100 yards off bags using a 10X optic.

This was boringly easy. Shooting from the low kneel using Cap Arms 55gr FMJ (which is pretty much the only place I’ll buy from now) I shot a one-inch 10-round group at 100 yards. There’s just nothing to shooting this rifle, especially once you get the gas dialed in. The CRP-18 is well balanced for its use. I usually prefer an 18- or 20-inch barrel, and almost always prefer a slightly heavier gun over a lighter one. In this case, seven lbs. isn’t crippling anyone. It makes the gun light enough to move, but heavy enough keep recoil to an absolute minimum.

That’s a little long for clearing rooms, but for a competition gun or light skin game and varmint hunting, the balance and handling is exceptional, allowing you to start and stop the gun quickly. It also brings the muzzle back down fast.

All things considered, the Colt CRP-18 is an exceptional gun for its intended use: competition. It would do equally as well for your hunting needs and target shooting pleasure. I bought the gun.

Ratings (out of five stars):

Style and Customization * * * *
It’s an AR. Jeeps may be the only machines in the world that have more interchangeable parts. On this gun, I wouldn’t change a thing. The finish is good, but not fancy. I’d give every AR of this type a three star rating in this category. The extra star is for the tool-less adjustable gas block. And really, it deserves 12 stars for that.

Accuracy * * * * *
Filthy dirty shooting under a MOA was too easy. Under an MOA at this price range would have given it four stars. Under 3/4 MOA with multiple types of rounds, 1/2 MOA with store bought ammo, and 1 MOA at 100 yards with a 10 round group from the kneel, got the CMP-18 a well earned extra star.

Overall * * * * *
This is another rifle I wanted to give 4.5 stars to. I just have a hard time giving any AR15 the full five stars. But the bottom line is that the CRP-18 not only performs exceptionally well, but has the huge bonus of the tool-less gas adjustment, too. Which makes this my first five star AR. 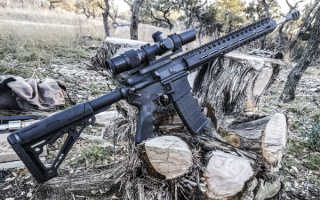 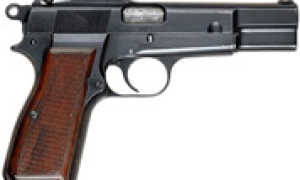 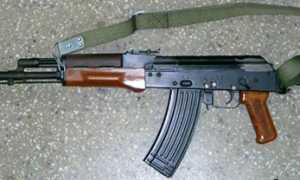