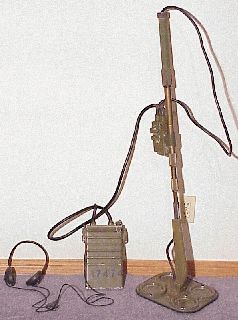 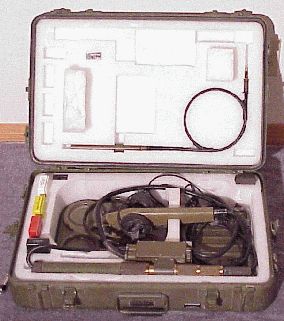 I’ve wanted a metal detector since I was a kid, and I’ve considered getting a surplus mine detector for many years. I finally broke down and ordered an AN/PSS-11 mine detector from Fair Radio Sales. It’s a solid-state unit with a 9″x11″ search head and a handle which adjusts from 29″ to 57″ long. It can be folded and disassembled in order to fit in an aluminum transit case about the size of a small suitcase. It uses a custom battery which is not commonly available, so I wrote this brief article to describe how I built a substitute. Luckily, my mine detector came with a dead battery for me to measure and dissect.

There was some more information about the PSS-11 at the Lone Mountain Electronics web page (link no longer works). They recommended using four CR-123A lithium batteries, without an adapter. I haven’t tried that yet.

Two items not shown in the above pictures are the canvas bag which lets you attach the electronics package to a standard military pistol belt (I got mine after I wrote this article), and a protective cover for the detector head (which I haven’t found yet).

The AN/PSS-11 originally used a 10.4V mercury oxide battery called the BA-1389/U (NSN 6135-00-691-3603). This battery was composed of 8 “camera-style” button cells connected in series to form a battery pack about 0.65″ in diameter and about 5.2″ long. Each cell is connected to the adjacent cells by drawn metal cups which are spot-welded to the cell terminals, and the whole assembly is covered in a shrink-wrapped plastic tube. Note that in mercury oxide cells, the case is positive and the “bump” is negative. The original battery has to be over 70°F to operate properly, so a battery adapter is supplied which allows the operator to tuck the battery inside his clothes when the temperature is too low. According to the tech manual, the mine detector is designed to operate from 7.25 to 10.8 volts DC. The BA-1389/U has a rated life of 35 hours of continuous use.

Due to environmental concerns, the Army began developing replacements for mercury-containing batteries such as the BA-1389/U around 1995, and by 1997 the BA-3389/U (NSN 6135-01-442-4580) was deployed as a replacement. The new battery uses the more common, and supposedly more environmentally-friendly alkaline battery chemistry.

For collectors, the bad news is that you can’t buy a BA-1389/U or BA-3389/U battery at the local grocery store. The good news is that it’s not too hard to come up with an acceptable substitute. The battery is a simple cylinder with a contact at each end; unlike a lot of other military batteries, you don’t need to scrounge or build any funky connectors. Based on Mike Murphy’s suggestion, I used a pair of Eveready 523 cells. I ordered mine from Mike; I don’t know how common they are. They are not listed on Eveready’s web page, so I’m wondering if they were discontinued. The packaging says that they replace batteries PX21, RPX21 and V21PX.

The 523 cells are alkaline cells meant for photographic applications, and generate about 4.5 volts. They are about the right diameter, and two of them will provide enough voltage to run the metal detector. They are about 1.96″ long, so a pair of them isn’t as long as the original battery. Thus, it’s necessary to make a 1.3″-long “dummy battery” to fill in the extra space in the battery compartment. It’s pretty easy to make one from common junk you may find in your garage (or at the local hardware or hobby store). It’s not necessary to assemble the cells into a battery pack; you can just insert them in the mine detector’s battery compartment with the dummy battery. Your milage may vary if you assemble a battery pack using a different cell.

To build my dummy battery, I took a piece of wooden dowel with an appropriate diameter (actually, I cut the end off the wooden handle of a disposable foam paint brush), and I cut it so that it’s length would be about 1.3″, minus twice the thickness of some copper strap I had lying around. I flattened one side, then cut a strip of copper to use as a conductor. I attached the copper strip to the flat side with some 5-minute epoxy, and carefully trimmed and bent the ends. Then, I wrapped a couple layers of electrical tape around it, and covered the whole thing with a piece of 1″ heat-shrink tubing. In the pictures below, the bump around the middle of the finished dummy battery is where two strips of electrical tape overlapped. Make sure that your finished dummy battery has a large enough diameter to stay straight in the battery compartment, but is not large enough to get stuck. 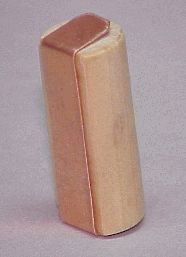 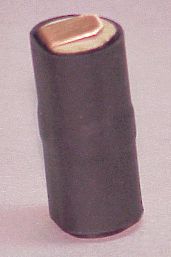 The copper strap material that I used was left over from grounding my ham shack. You should be able to substitute any light-gauge copper or brass sheet or strip material from a hobby or hardware store. If you have access to an engine lathe, you might want to make a fancier dummy battery out of brass or copper rod (don’t forget to insulate it, though!), or even a slug of nylon, bakelite, etc. with a copper or brass rod through the center.

Schiebel Corporation of Austria manufactures the U.S. Army’s currently fielded metal detector. Schiebel refers to the detector as the AN-19/2 while the U. S. Army uses the designation AN/PSS-12. The AN/PSS-12 Mine Detector (AN — 19/2) is the standard mine detector for the U.S. Army. It is designed to detect mines with very small proportions of metal content above ground and beneath the surface of fresh or salt water. Due to its compact, lightweight frame, the detector is ideal for fast and accurate terrain reconnaissance. The main technical features of the detector include: Excellent discrimination independent of ambient temperature and battery condition; Sensitivity independent of search head speed; Low mutual interference between two detectors; Simple discrimination control; and Built-in test circuit that automatically checks function and battery condition.

As the metal content of land mines has gone down (replaced by plastic) the need for a mine detecting set that’s very sensitive has developed. The PSS-11 was designed to be very sensitive in it’s day . It was replaced in the early 1990’s by the PSS-12, which is the current issue mine detector set. The goal is to detect a very small metalic firing pin in an otherwise non-metalic land mine.

Because of its compact, lightweight design and the low mutual interference between two detectors, the mission suitability of the AN/PSS-12 for fast and accurate terrain reconnaissance is ideal. The equipment will also detect mines at limited depth in fresh or salt water. The excellent discrimination characteristics of the AN/PSS-12, independent of ambient temperature, qualifies the equipment for use in all climates. A rugged, long-life product based on rigorous standards of quality control in the manufacturing process and the use of first-class components.

Metal detectors are frequently described as being either of the pulse induction (PI) or continuous wave (CW) type with the AN/PSS-12 belonging to the former category. The AN/PSS-12 search head uses two concentric coils; the outer is used for transmit and the inner for receive. An electric current driven through the transmitter coil causes a magnetic field to penetrate any metallic object near the search head. When the transmitter current is abruptly extinguished eddy currents are induced into nearby metallic objects in accordance with Faraday’s Law of induction. As the eddy currents decay they radiate a secondary or scattered magnetic field that induces a voltage into the receiver coil. This voltage is amplified and is used to detect the presence of a metallic object. The PSS-12 makes a clicking sound while operating rather than silence.

The AN/PSS-12 Mine Detector system comes equipped with an electronics unit, a search head with a telescopic pole, headphone, a carry bag that carries all the parts needed to operate the detector and a transport case. Operators will benefit from the minimal amount of training required to operate the AN/PSS-12 and time to employ it. The trouble-free method of operating this detector involves assembly of the unit, adjustment of sensitivity and headphone volume, and moving the head about one meter per second over the target area.

Features: The AN/PSS-12 Mine Detector is a light weight, hand held, metallic mine detector. It is capable of detecting very small metallic objects such as small firing pins in plastic and wooden mines. The AN/PSS-12 Mine Detector is capable of detecting mines in fresh or salt water, and objects buried up to 20 inches in the ground.

Inventory: 547. Approximately 300 are currently fielded to FMF units and training commands. The majority of these assets are held in the Combat Engineer Battalions, Engineer Support Battalions and Marine Wing Support Squadrons.

Background: The AN/PSS-12 mine detector replaces the PSS-11 Metallic Mine Detector. The PSS-11 had reached its end of service life, and needed to be replaced with state-of-the-art technology. The AN/PSS-12 represents a world-class mine detector capable of detecting small amounts of metal found in modern land mines. 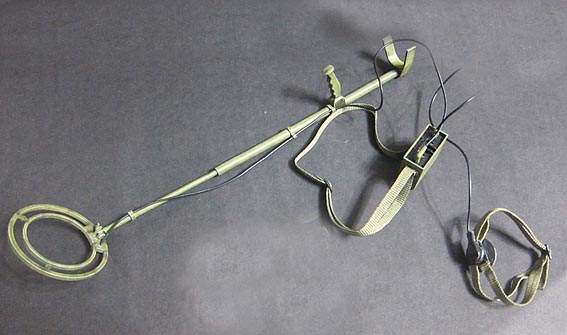 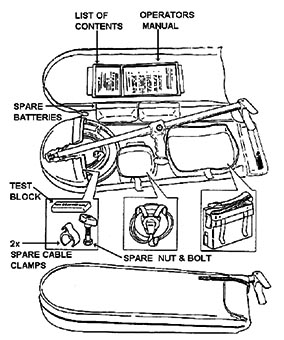 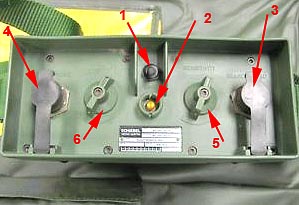 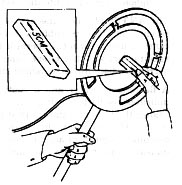 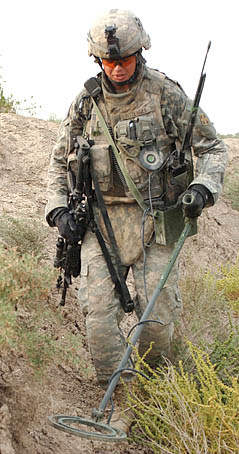 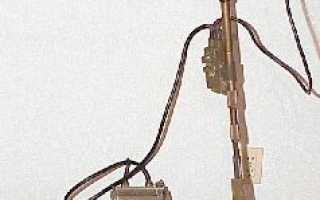 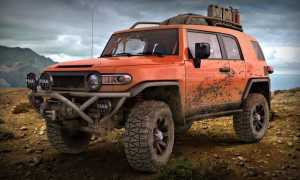 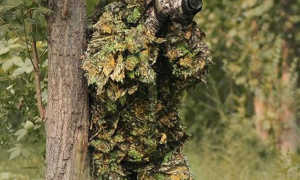